Slavery and involuntary servitude were abolished back in 1865 with the passage of the 13th Amendment, but the law didn’t protect everyone. New ways to enslave Black people were created through mass incarceration. We have the chance on November 8th to end slavery once and for all in our state. Vote Yes on Amendment 7.

“Slavery and involuntary servitude are prohibited, except in the latter case as punishment for crime.”

This means the chains of slavery still exist for incarcerated people in our state.

Breaking Down the Stats 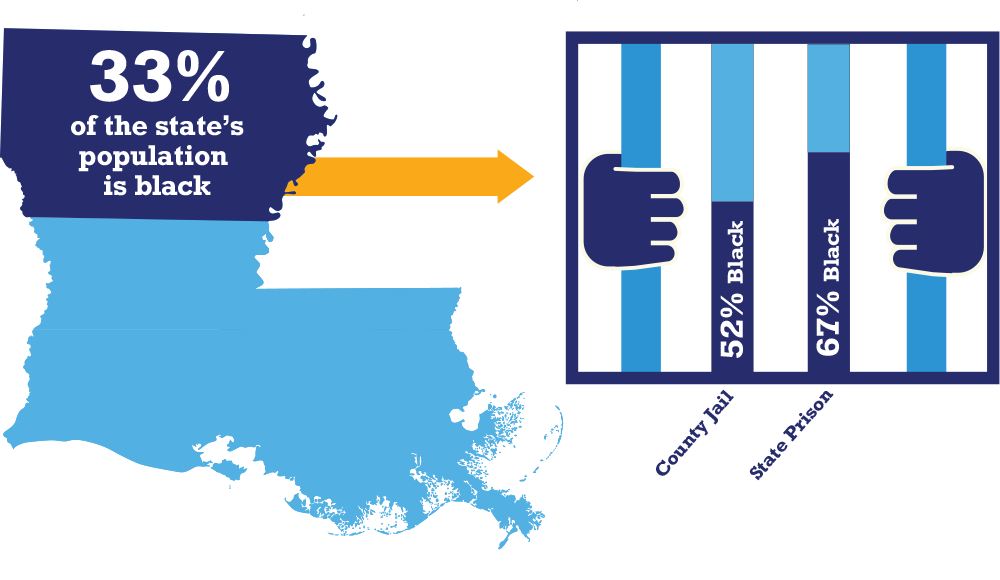 In Louisiana, Black people constitute 33% of the state population. Out of this 33% percent, 52% of people in local jails and 67% of people in state prisons are Black. One in five Black people born in 2001 is likely to be incarcerated in their lifetime, compared to one in 10 Latinx people and one in 29 white people.